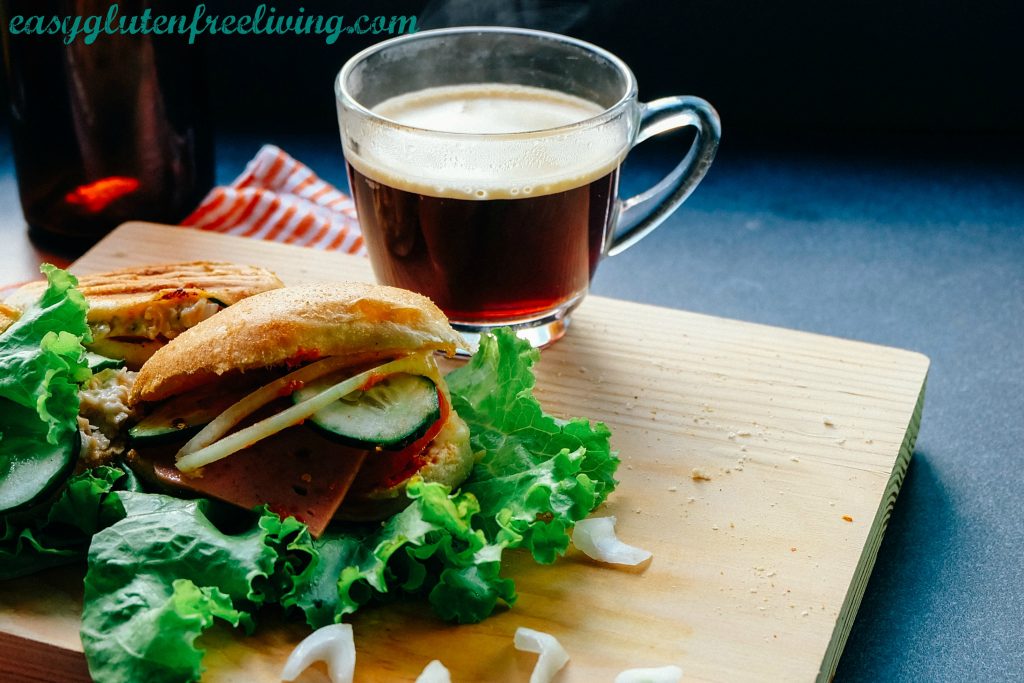 Most people look at the photo above and see nothing wrong with it, but anyone with celiac disease will look at that picture and see gluten cross-contamination and the likelihood of getting sick.

Avoiding cross contamination over the holidays is one of the biggest concerns for celiacs, in my opinion. It’s easy to avoid food that you know have gluten in them, but most people who don’t understand celiac disease, won’t think it’s a big deal to use the same serving spoon for the potatoes that they just dipped the stuffing out with. Now those potatoes are cross-contaminated with gluten and totally inedible for anyone with celiac disease.

So where are some areas that you may come in contact with cross-contamination?

Think about this, you are going to your in-laws for the holidays. You are the only person who is gluten intolerant. You will need to take with you, your own jars of, peanut butter, butter, jelly, mayonnaise and any other condiments, because, anything that a utensil that has come into contact with some type of gluten and then that same utensil has been dipped into any of the above. If it touched something with gluten, it’s contaminated. In my home, I have two of everything, and the ones that are gluten-free are clearly marked as such. I also have squeeze bottles for everything from ketchup to jelly. But with the squeeze bottles, you have to trust that the people making glutenous sandwiches will not touch the tip of the bottle to their bread. I know it’s a pain, but it is so very important.

Another area of concern you will need to think about are utensils. Clearly you cannot drag your toaster along with you for the week, but you can get reusable toaster bags if you absolutely must have your morning gluten-free bagel or toast. Some people worry about the utensils that are being used to cook with or the pots, pans, skillets and such, but my thought is this; if the utensils or pans are not scratched or damaged and can be washed thoroughly, then it should be just fine. I had talked it over with my dietitian, who just happened to be a celiac, and he said that as long as the dishes were being thoroughly washed between uses, and you’re not using the same pan to bake your gluten free pizza that you just baked your child’s pizza on without washing it, you’re fine. One piece of kitchenware that I would NOT use is a colander. Those tiny little holes, in my opinion, can never be cleaned well enough to get all the minuscule particles of gluten out of them.

I don’t think that most people, especially our loved ones, will intentionally try to make us sick. At least I would hope not, but you need to be aware of areas you may not have thought of.