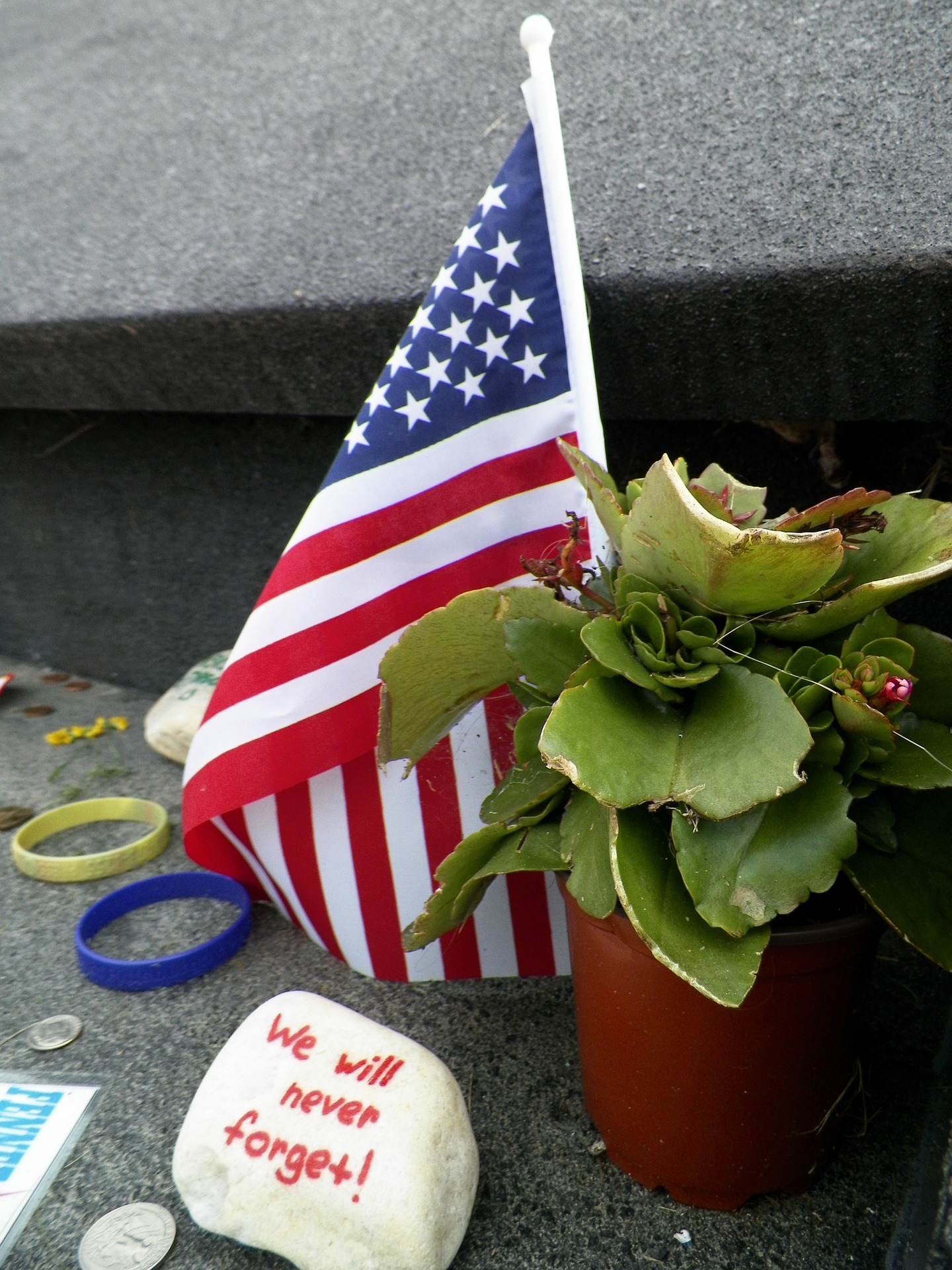 On Monday, we will all be reminded of the horror we felt as we watched two planes slam into the World Trade Center buildings in New York City, and the Pentagon in Washington, D.C. Have you forgotten where you were or what you were doing when you heard?

I haven’t! I was at my husband’s and my store. I was there alone, my husband was at the doctor’s office having stitches removed from his hand. Business was slow that morning, so I had called my mom to check on her. She had her TV on in the background and as we’re talking she shouted, “A plane just crashed into the World Trade Center.” I said, “Mom are you watching a movie?” “No, I’m watching…” So I ran up to my office and turned on the TV. I couldn’t believe what I was watching!

My husband walked in about 3 minutes later. I said “Did you hear what just happened?” “No, I didn’t have the radio on in the car.” We were pretty much glued to the TV the rest of the morning, interspersed with talking to customers.

Later that day, we closed our store and went on service calls like any other day, but I remember that I was very close to tears the whole day. I live in Pittsburgh, and there was an Air National Guard unit stationed at the Pittsburgh airport, so there were military planes flying over.

When we got to our service call, my husband went to do the job, and I got out of the truck to look at the fighter jets flying over. The neighbor woman came out to watch the jets also. She came over to me and said that she was so scared and worried. She had family in NYC and hadn’t heard from them yet. It was 5:00 p.m. We cried, we hugged, we cried some more, we talked until my husband was finished repairing the lock and then we hugged again before I got back into the truck.

My husband wanted to know who I was talking to. I said “I don’t know. Just another woman who is just as scared and upset as I am.

I don’t know about you all, but I remember having trouble sleeping for quite some time after that day. I still get angry, I still cry, when I think about that day and all those innocent lives that were lost. With all the devastation going on right now in the United States, with the hurricanes and the wild fires, take time to love. Love yourself, love your family, and love your neighbor!

I remember the love and commitment to each other that we all felt after September 11th. Why does it take a disaster to bring us together?

Have you forgotten? I haven’t and I don’t think I ever will.