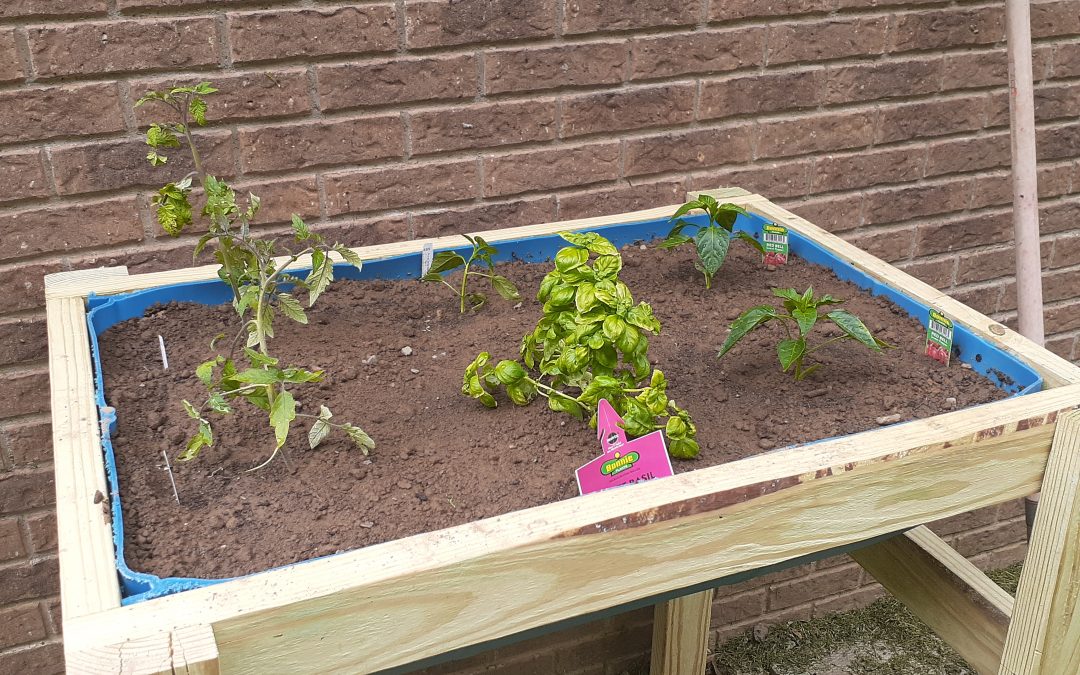 .After last year with food, toilet paper, and other shortages, I told my husband that I wanted to have a garden this year, but I wanted raised beds. I had seen a post on Facebook of raised garden beds made from plastic 55 gallon drums. I showed it to my hubby because I knew that he could replicate those garden beds. Well, he not only built them, he built a better design than the ones I had seen.

He spent the better part of April and May building raised bed gardens for me, while dodging the rainy weather we were having at the time. We placed them along the South facing wall of our house and filled them with dirt. I just finished planting two heirloom tomato plants, three bell pepper plants, basil, radishes, kale, zucchini, fennel, parsley, a cherry tomato plant, rosemary, lemongrass and chives.

Since I love sunflowers we also planted about 10 of those as well.

Here are some pictures of the garden beds before the soil was put in.  My husband cut the drums in half lengthwise with a saber saw, and screwed them into the frames he had made. Then he drilled holes in the bottom and we placed some gravel in the bottom so that the water could drain out if there was too much. He also added a cross bar across the bottom of the planter so that it would be stronger than just the screws holding the plastic drums in place. 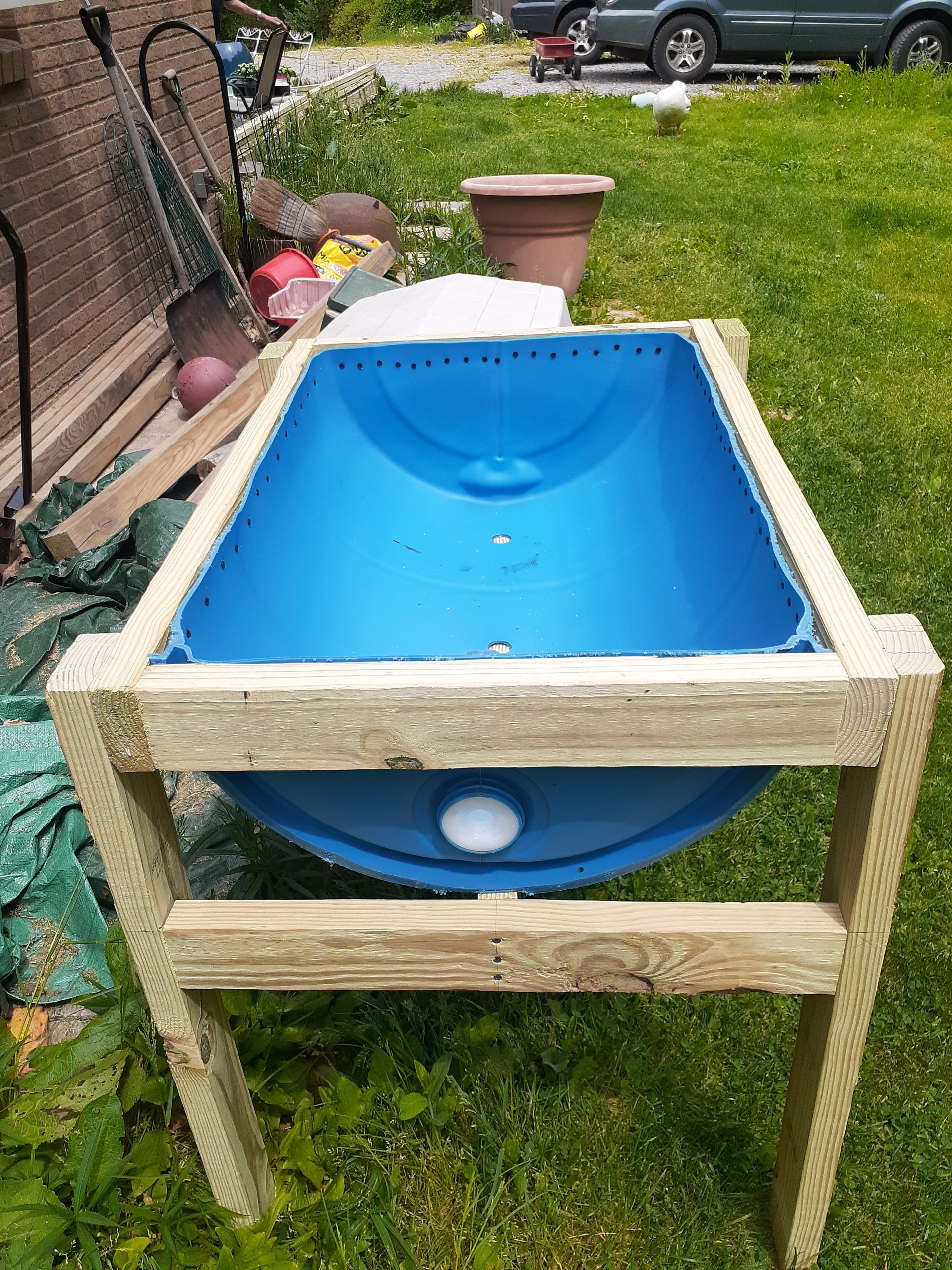 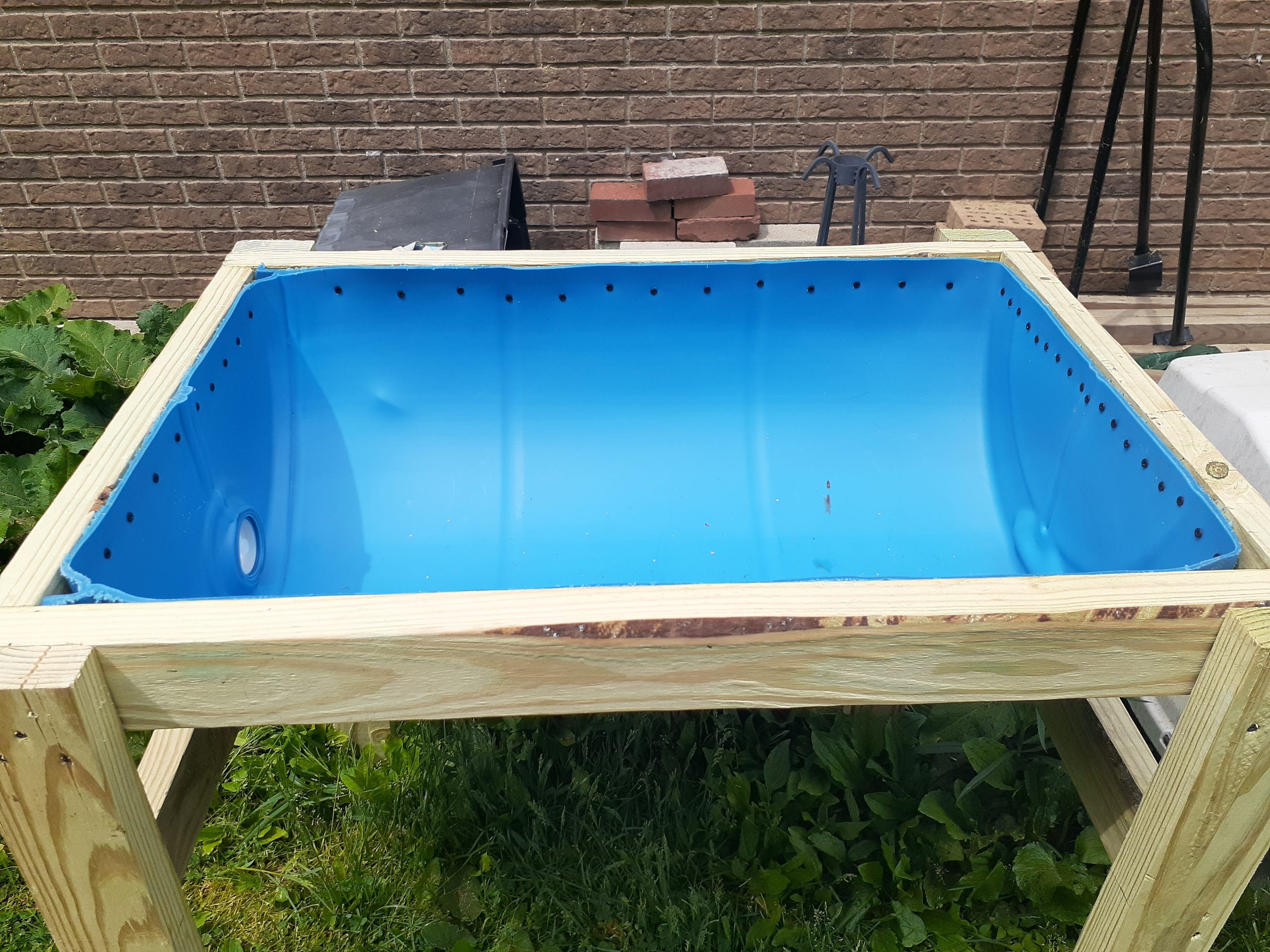 I have to say I am totally enjoying the aspect of growing my own vegetables and herbs. Check back and I’ll keep everyone updated on how my garden grows. 😉 My garden makes me smile.

Still have questions, or think you may want help getting healthier? Let’s chat. Schedule a Free Getting Acquainted Call   We’ll discuss some of the obstacles that stand in your way, and how I can help you thrive and feel your best.

By the end of this session we’ll know if we’re a good fit. You can decide if I’m the right person to guide and support you to a better, healthier version of you.

Not ready for a call, then join my Facebook Group. I give more tips and recipes over at the Easy Gluten-Free Community.