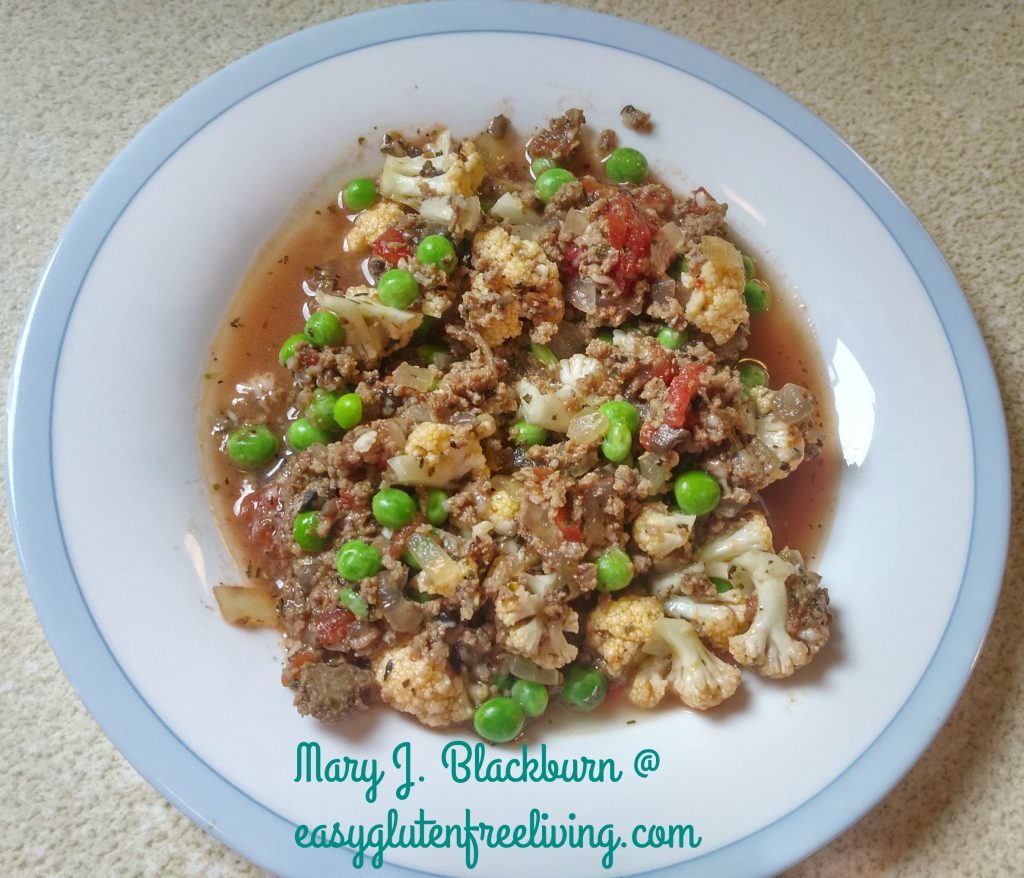 Have you ever had one of those days where anything that could go wrong does go wrong? Well that was my day yesterday. I was doing some work on the computer early and thought I’d make a nice breakfast before church. I pulled what I thought was sausage out of the freezer to put into my frittata but as it was starting to brown I realized it didn’t smell like sausage cooking, it smelled like ground beef. So I went back down to the freezer and pulled out another package of meat. This one clearly labeled sausage.

But now I’ve got this ground meat browning. What am I going to make with that? I started looking through my recipe box and cookbooks. (I know pretty old school…but, that’s how I roll).

I found my recipe for Milanese Turkey Rice Skillet. Now, it’s a really good recipe, but the original calls for ground turkey, not ground beef and white rice. Which my hubby has pretty much given up all carbs since his heart surgery.

So what to do??? I created a whole new recipe using the ground beef instead of turkey, and cauliflower instead of rice. The result? Delicious.

You can find the recipe here: Milanese Skillet Supper