Pumpkin Season- 8 Fun Facts You May Not Know 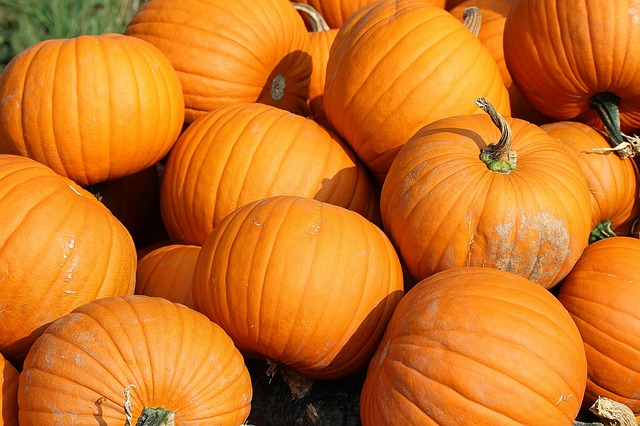 It’s pumpkin season! Just look around, you’ll find pumpkin spice lattes’, pumpkin spice tea, pumpkin spice donuts, you name it, you can pretty much find it. Besides all of the sugar laden pumpkin foods, there are many health reasons you should start incorporating more pumpkin into your fall recipes, I challenge you to learn about their health benefits, and to learn more about pumpkins themselves. Teach these facts to your kids to get them more interested in the healthy pumpkin meals you will be putting together.

Pumpkins Are a Type of Fruit

Definitely one of the more surprising facts about pumpkins is that they are fruit, not vegetables. Many people consider pumpkins to be a vegetable, along with squash and other gourds, but it is in fact a fruit. Fruits are typically defined by being planted with seeds, which pumpkins definitely have. Therefore, while a part of the gourd family, they are a type of fruit. This is also a warm-weather crop, similar to other types of winter squash, which is why it is available to be harvested in the fall season.

There Are a Wide Range of Colors and Styles

Another fun fact about pumpkins is that there are many different colors, sizes, and even shapes. When people think of pumpkins, they often envision round or oval bright orange pumpkins, but this is only one of many varieties. Depending on where you live and what is available, you might find pumpkins in red, yellow, white, or even multi-colored varieties. Round and oval are common, but some are pear shaped, taller or shorter. There are mini pumpkins, large ones, (we grew a pumpkin that weighed in at 119 pounds when my kids were little), and every size in between. Naturally, some pumpkins are better for carving, others are good for eating, and some of the more unique ones are best for decorating.

As you know, pumpkins contain a lot of amazing vitamins and minerals. This fruit is a superfood with a long list of nutrients, including vitamin A, potassium, fiber, vitamin C, vitamin E, magnesium, and many more minerals. They are also low in fat and calories, and only moderate in carbs. Pumpkin fits into a lot of different diets, which is great. Another fact about pumpkins is that they are about 90 percent water. This is partly why they are so low in fat because they contain a lot of water, similar to cucumbers, lettuce, and celery.

Here are a few more things you might not know about pumpkins:

The flowers that grow around pumpkins are completely edible, as well as the skin.

The blossoms are extremely delicious filled with a soft cheese like ricotta and either oven roasted or fried.

Pumpkins were once used for pie crust, instead of filling like it is used now.

It is believed that the early pilgrims would cut the top off of pumpkins take all of the seeds out and then fill the pumpkin with milk, honey and a variety of spices.

Pumpkins are found on all of the continents, with the exception of Antarctica.