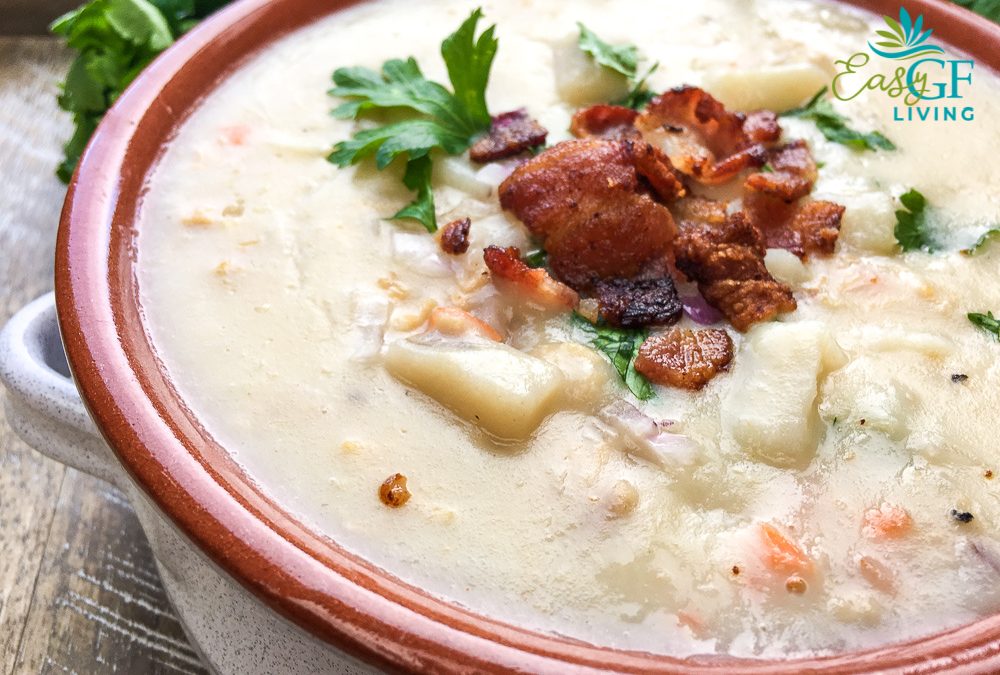 Manhattan Clam Chowder was also referenced as Coney Island Clam Chowder, or Fulton Market Clam Chowder in the 1890’s, is red, thin, and more broth like. It gets its red color from the tomatoes and tomato paste in it. In 1939, a representative of the state of Maine introduced a bill to outlaw tomatoes in chowder. It never passed, but the controversy still exists.

My husband was allergic to milk as a child, so the only clam chowder he could eat was a Manhattan style chowder. That being said, today I have a recipe for a yummy New England Clam Chowder. My chowder has carrots in it, which some say is a rebel ingredient, but I like the slight color it gives the chowder and ups the nutrient value. 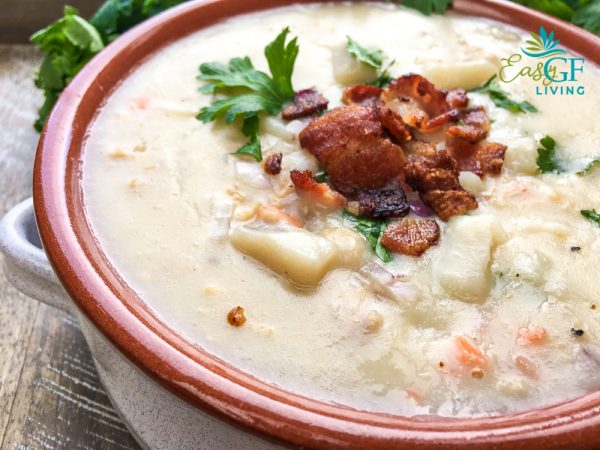