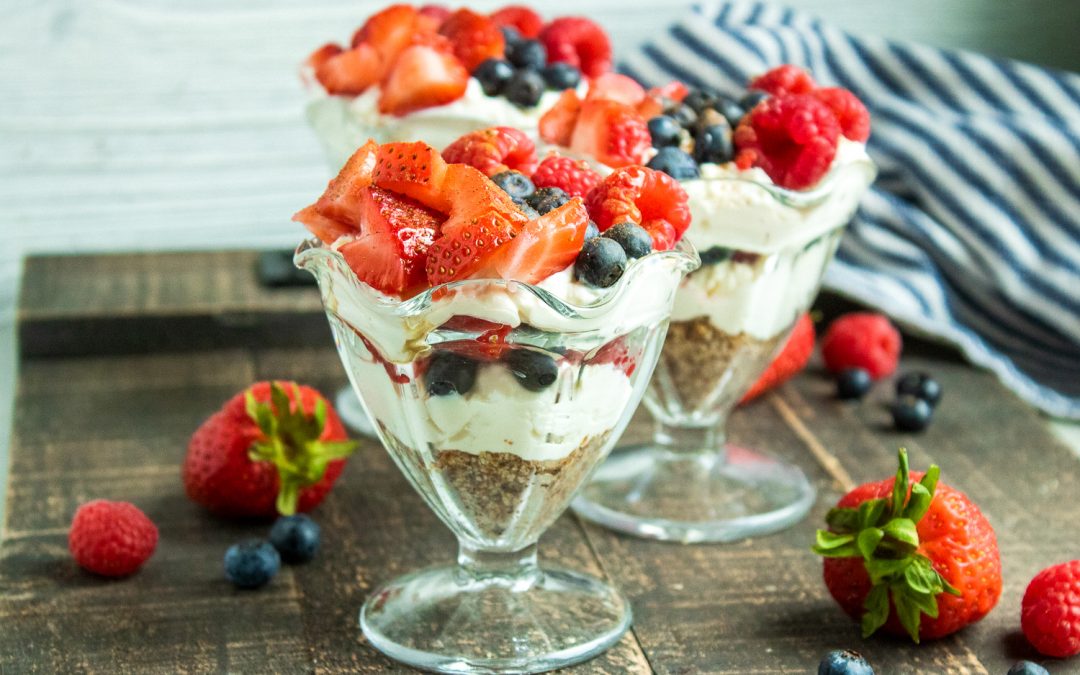 Since we are at the height of strawberry season, I thought you might enjoy a healthier version of cheesecake. This yummy dessert is made with nuts and dates for the crust, and adds blueberries and raspberries to the mix. I hope you enjoy it as much as my family does. 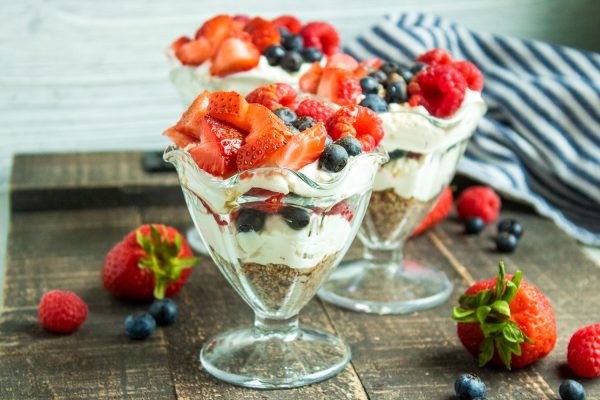